Tours are operated
on demand

Arrival in Athens. Welcome and assistance at the airport, then escorted to your hotel.
Overnight: Athens

Full Day Athens City Tour featuring the Acropolis and the Acropolis Museum. Drive past the neo-‎classical buildings of the Academy, the University, and The National Library, and on to Omonia ‎Square before moving on to Syntagma or “Constitution Square” (the heart of central Athens). ‎Opposite is the Parliament building, thus the square’s name, where the National Guards (Evzones) ‎in their colorful uniformed skirts and pompom shoes, guard the Tomb of the Unknown Soldier.‎ See the Pan-Athenian Stadium, the all-white marble stadium where history was made as the site of ‎the first modern Olympic Games. Nearby, the Temple of Zeus is separated from modern Athens ‎by the tall stone structure Hadrian’s Arch. View the Pnyx (the meeting place for the Assembly ‎of the ancient city of Athens), the Theseum and the Agora with the reconstructed Stoa of Attalos. ‎On to the Acropolis, at the base of which stand the ancient theatres of Dionysos, and the still ‎used Odeon of Herodes Atticus. Opposite is Philopapos Hill offering a magnificent panoramic view ‎of Athens. The highlight is the visit to the Acropolis. This comprehensive visit will reveal to you the ‎splendor and timeless beauty of the Parthenon as well as its other monuments including the ‎Propylaea, the Temple of Wingless Victory, and the Erectheum. Our tour ends with a visit to the ‎Acropolis Museum. The Acropolis Museum holds more than 4,000 ancient works, including some ‎of the best surviving classical sculptures that once adorned the Acropolis. The new facility, 21,000 ‎square meters (226,000 square feet) of glass and concrete, was designed by the New York-based ‎architect Bernard Tschumi. The new Acropolis Museum is one of the largest in Europe and houses ‎the archaeological findings related to the Acropolis hill and the Parthenon.‎
Overnight: Athens

The family winery was started in 1994, a traditional stone building constructed with materials ‎and stone from the area of Peania. “Papachristou Cellar” is open throughout the year for Greek and foreign visitors alike ‎who wish to become acquainted with and taste the products of the Papachristou family.‎

In the afternoon, enjoy a half day tour to Cape Sounion (approximately 4 hours). Take this opportunity to leave the hustle and bustle of Athens behind for a relaxing and scenic drive along the coast of the Saronic Gulf of the world famous Aegean. View the splendid beaches and seaside resorts of Glyfada, Vouliagmeni, Varkiza, Lagonissi and Anavissos as well as dozens of natural bays, to Sounion (a fashionable resort) to visit the Temple of Poseidon, ancient God of the Seas, perched high on the cliff. The peninsular on which the temple is situated offers a unique view of the Saronic Gulf. Being there at the right time will enable you to view one of the most breathtaking sunsets to be seen. This half day tour can be extended to include lunch or dinner by the Poseidon temple.
Overnight: Athens

A trip to the magnificent Greek islands is a must. This one day cruise includes three different islands and operates daily, 365 days a year. Depart the hotel for Piraeus, port of Athens, where the sleek cruise vessel will sail to Aegina. Once an ancient commercial port and the first capital of modern Greece, but today more famous for its pistachio nuts and a resort island. An optional excursion to the Temple of Aphaia is available. Next port of call is the island of Poros, with its enchanting little harbor, pleasant landscape, and elegant neoclassical houses. On to Hydra, an island that has captured many artists’ appreciation and enjoyment with its delightful waterfront cafes, shopping and no motor vehicles. You may wish to take the opportunity to swim in the translucent blue waters of Hydra. Enjoy lunch aboard the cruise-ship. Sail back to Piraeus pier arriving around 7pm. Return transfer to the hotel.  Note: The sequence of the itinerary may differ.
Overnight: Athens

The Peloponnese area of Greece is a treasure-trove of ancient monuments, archaeological sites, and historical milestones. Within the Peloponnese are the ancient cities of Olympia, Sparta, Argos, Mycenae, Epidaurus and Nauplia. As you depart Athens, drive along the seaside highway past the Scaramanga ship-building yards, while enjoying the view of the isles of the Saronic Gulf to Corinth. There will be a short photo opportunity to view the architectural splendor of the Corinth Canal, then on to a visit of Ancient Corinth which includes the Temple of Apollo and the museum. Continue to Mycenae, visiting the Lionesses Gate, the Tombs of Agamemnon (leader of the Greeks in the Trojan War), Clytemnistra, and the Palace. After lunch drive to Argos, one of Greece’s most important ancient cities. Continue to Nauplia, the beautiful waterfront city which became the capital of Greece for a short time after the War of Independence in the early 19th century, and then on to Epidaurus to visit the remains of the most important sanctuary erected in the 4th century BC as well as the world-famous ancient and best preserved theatre in Greece, capable of seating some 15,000 people, and boasting amazing acoustics. This will be followed by a visit to the Museum which exhibits many of the medical and surgical instruments of the time, as well as inscriptions of prescriptions for medicines and descriptions of cures found at the archaeological site.
Overnight: Athens

Central Greece or “Sterea Ellada” to the Greeks, north-east of Attica and Athens, is one of the
most mountainous. In winter, locals and visitors alike head to one of its ski-resorts to enjoy not only the sport but also the breathtaking scenery. It is in this region that Delphi is situated. Drive along National highway, past Thebes, Levadia and the village of Arachova, a mountain town with picturesque houses. A short stop to enjoy this quaint town in included. On to Delphi; the ancient site is one of the most popular spots for visitors to Greece. The Sanctuary, one of the oldest in Greece, became famous for its Oracle. Here can be seen the remains of the Stadium where the Pytheian Games were held, the Gymnasium, and the Temple of Apollo located at the end of the Sacred Way which was lined by elegant buildings such as Treasuries, Arcades, and the Stoa of the Athenians. Next, visit the Museum to see findings excavated from the site, including metopes and friezes from the Treasuries, and Unique sculptures including the twins Kouri, and the famous charioteer statue.
Overnight: Athens

Transfer to the airport for your flight back home, or to your next destination.

** Optional 3 day Excursion to the Island of Mykonos is Available **

Transfer to the airport for your flight to Mykonos. Check in at your hotel, and enjoy the rest of the day at leisure on this beautiful Island.
Overnight: Mykonos

A pearl in the Aegean Sea – Mykonos, filled with white washed buildings, narrow winding paths and stunning beaches. Our tour starts at the port or at your hotel. Along with our guide you will learn about the island’s history, the cultural habitats, and see some of the most picturesque landscapes of the Aegean, a wonderful opportunity for photographs. Ag.Giannis, the serene little bay with the magnificent views to Delos Island is among our first stops, after passing the beautiful bay of Ornos. Ano Mera is the second village of the island in population after “Chora”, the capital – with the interesting Orthodox Monastery of Panagia Tourliani. The architecture of the monastery is rather impressive, with a whitewashed exterior and a colorful dome. A beautiful marble fountain is found in the yard outside the church. We continue our journey to the beach of Kalafatis, awarded with the blue flag for its crystal clear waters. Heading to the south-west of the island we will have the chance to visit the coast of Ag.Stefanos and start our walking tour into Chora. Together with our guide we will walk in the small picturesque streets of the capital. Visit the Labyrinth, the port, churches, and the town’s renowned windmill.
Overnight: Mykonos

Follow the path of the Gods! The small island of the Aegean, nowadays uninhabited, is one of the most important archaeological sites of the antiquity in the eastern Mediterranean Sea. The island lies at the heart of the Cyclades – the archipelago takes its name from the fact that it encircles sacred Delos (“kyklos” is the Greek word for circle Delos is the legendary birthplace of the twin gods Apollo and Artemis). View remains of temples and residences dating back from the Neotholic to the Roman periods. Enjoy a guided tour to the sacred Island of Apollo and Artemis, famous politically and religiously in antiquity. See the Sanctuary of Apollo with its three temples dating from the 6th and 5th centuries BC, the Amphitheatre, built in 300 BC to accommodate 5,500 spectators, and the spectacular Museum of Delos.
Overnight: Mykonos

Transfer to the airport for your flight back home. 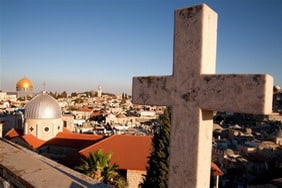 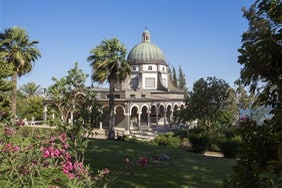 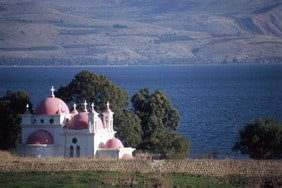 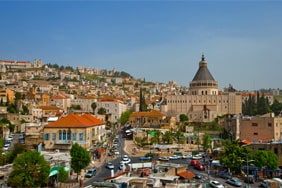